Virtuoso Poll Finds Responsible Travel is a Priority with Most Travelers 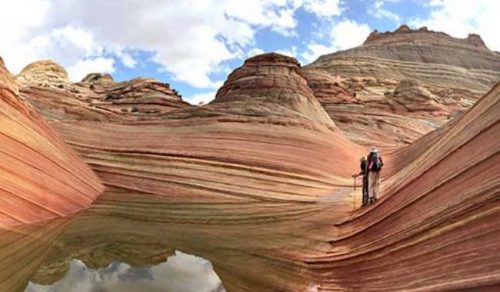 Fort Worth, Texas, United States, April 18, 2021 / TRAVELINDEX / Responsible tourism is very much on the minds of Virtuoso customers, according to new survey data from the consortium.

The vast majority of those surveyed, 82%, said the pandemic has spurred them toward more responsible travel. And 70% said traveling sustainably enhances their vacation experience (only 7% disagreed with that sentiment, while 23% said they didn’t know).

Half of those surveyed said choosing a supplier with a strong sustainability policy is “very important” when making their plans. Another 28% said it was somewhat important, and 13% said it has not factored into their vacation plans. Nine percent said they needed more education on the topic before answering.

More than three-quarters (76%) of respondents said they would help curb overtourism by visiting a destination during an off-peak time. Sixty-nine percent were open to traveling to less busy alternative destinations. Thirteen percent said they would pay more to visit a popular destination.

Virtuoso also asked customers which pillar of sustainable travel they feel most connected to: Travel should support local communities and economies; travel should preserve a destination’s cultural heritage, and travel should protect the planet. Only 3% said none; most, 72%, said all of the above.

Jessica Hall Upchurch, Virtuoso’s vice chair and sustainability strategist, said Virtuoso clients’ interest in sustainability and responsible travel has led to what she is dubbing “the conscious comeback.” It is a positive outcome to the past year, she said.

“We’ve seen the consumer mindset move from basic awareness and a general sentiment of ‘someone should do something,’ to the notion of ‘I can and should do something,’” she said in a statement. “This renewed purpose coincides with the recognition of oneness that the pandemic has created, and it’s driving people to make different choices on their future travels than perhaps they did just over a year ago.”